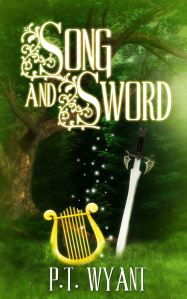 (Cover designed by Once Upon A Time Covers.
Check her out — she’s awesome to work with!)

Pashevel: a simple Elven Bard — and the Crown Prince

Exerpt:
Marlia didn’t know if she had killed him:  she only knew that she had to get away.

Away from the man who had attacked her, the man now lying, bloody and motionless, on the floor of the barn.

Away from the flames engulfing the home of the people who had offered her a bed for the night.

Away from this place.

12 responses to “Song and Sword”